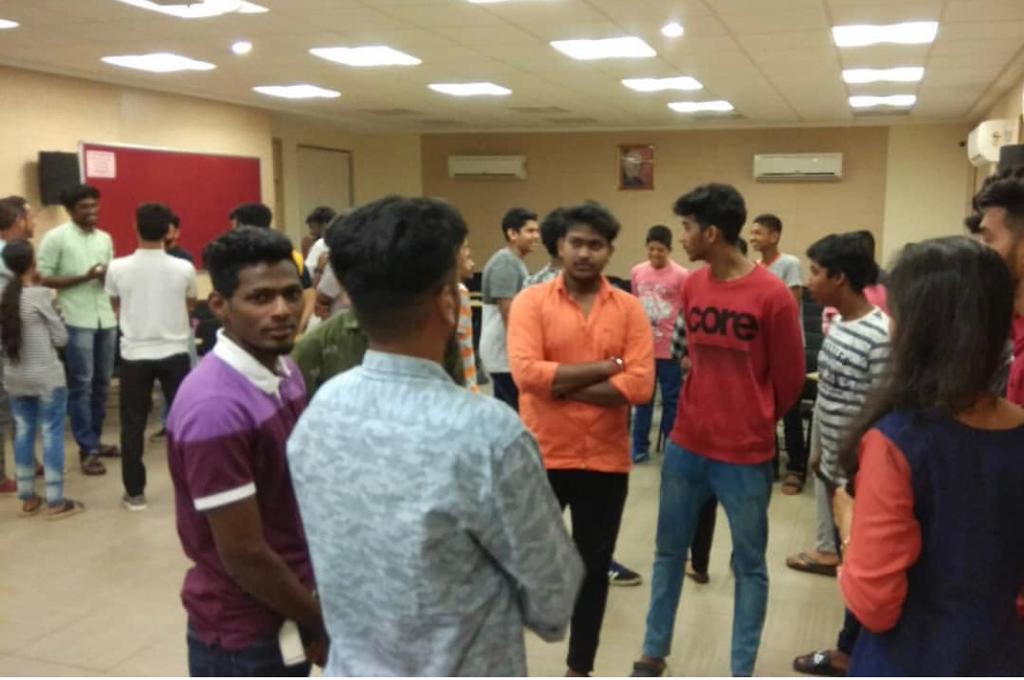 On 25th of August 2019 seven students from Don Bosco High School, Matunga represented the school at a leadership camp which was organized by DBYS (Don Bosco Youth Services). It began at 9:00 am.
The wonderful day began with a few games to get to know each other and express our emotions. We played a few games such as Ice Breakers and Fuzzy Duck. Fr McEnroe, one of the organizers, then explained the term ‘youth’ and the objectives and qualifications of the youth. A few of the qualifications were to be in the age group from 15 to 25 and to be unmarried. We were briefed on the requirements to start a youth group viz. a name for the group, a clear vision and an objective. Also we need to align these with the aims of Salesian Youth Ministry (SYM) of which we are a part. We were enlightened about the 5F’s of life-Food, Friendship, Faith, Fun and Future. After the briefing about the youth we were shown the youth yearly reports from various institutes. They consisted of the work done in that current year the events, occasions and celebrations.
We then proceeded for mass celebrated by Frs. McEnroe, Mylin and Leon. During the Eucharistic service in the crypt the sermon educated us about God’s grace. The preacher told us that God is ever giving and is the most merciful God. The sermon and the readings of the day emphasized on selection of virtuous leaders and how they lead the crowd. The priest spoke to us about how the Israelites thought that they were the only ones worthy to live in the land of Israel and they refused to let others seek sanctuary in Israel. God is the only one who has the power to call out the worthy and unworthy and it is not up to us. He taught us to grow in the knowledge and power of God and become a worthy leader.
Our leadership seminar concluded with a sumptuous meal of delicious chicken biryani and raita after which we dispersed spiritually enriched and enlightened.