What do you breathe? 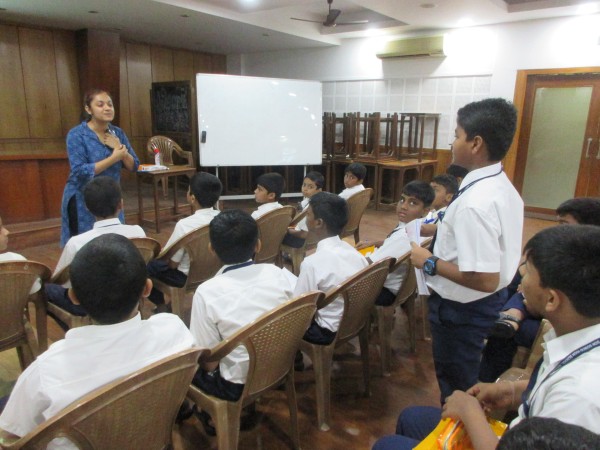 The first seminar under the Green school campaign for the academic year 2019-20 took place on 12th July, 2019. Mrs. Lakshmi, Mrs. Ranjana and Ms. Yugandhara joined the seminar along with the Nature club students of Don Bosco High School, Matunga in association with Green Line.
The session began with a small activity conducted by Ms. Ishani. The students were instructed to take deep breaths, at the end of which she probed the students on the substances inhaled during this process, leading to the introduction to the theme for the year ‘Breathe Free’. She then defined air pollution and asked the important question of all; is your home safe? She discussed about the indicators of indoor air pollution. She sensitized the students through a video ‘The indoor generation’, on how closed windows, using perfumes, house cleansers, detergents, etc. are adding to the indoor air pollution and what can be done to prevent these.
In the second half of the session Ms. Anushka conducted an activity named- Bomb in the city, to reinforce the various factors affecting indoor air pollution and their prevention.
Ms. Yashashree concluded the session by naming a few plants which help in controlling the air pollution. She then elaborated the tasks the students need to perform and present them for the months of July and August. She mentioned the awards that the schools will receive at the end of the scholastic year based on their performance. Ms. Ishani encouraged the students to write and forward articles related to nature and its conservation, with a chance of these being posted on the social media.
With an extra fillip to their campaign, the Nature club students of the school are geared to take the Greenline venture ahead in the school and outside.