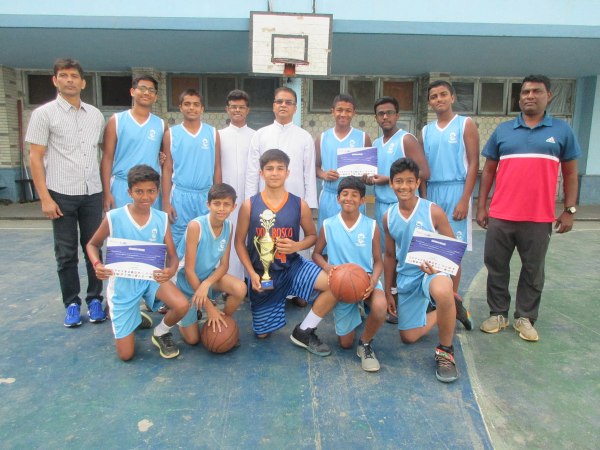 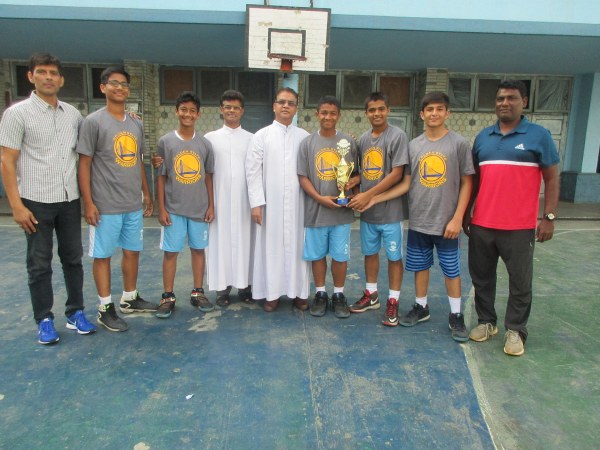 In the NBA tournament conducted for the schools of Mumbai, our u-14 school basketball team, after having qualified for the Jr. NBA Mumbai City Finale, topped the group of three to win the championship. The top three teams included St. Joseph’s Wadala, Bombay Scottish, Mahim and Don Bosco, Matunga. In the round robin league, our school team defeated both the teams to emerge the leaders at the Finale and win the NBA tournament that concluded on 01 March 2019 at St.Stanislaus grounds, Bandra.

At the same tournament, five of our players were shortlisted for the R.F. Jr. NBA All star tryouts. They are: