Two silver, two bronze for our hockey and football teams-MSSA 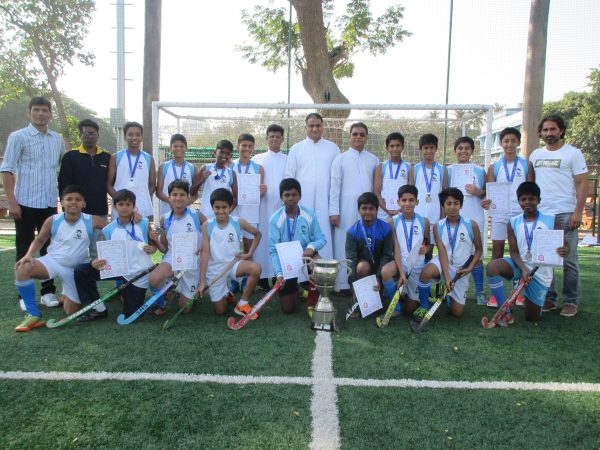 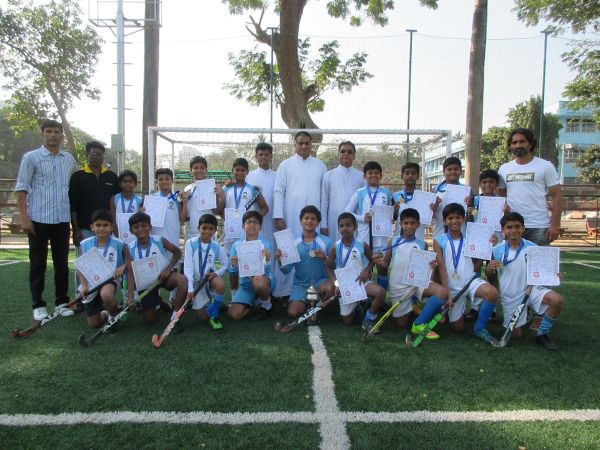 It was a week of mixed fortunes for our junior hockey and football teams at the MSSA organized inter-school tournament. Besides a packed schedule over the last two weeks that saw our teams more out than in the campus, our boys pocketed a commendable two silver and two bronze medals in the three tournaments thus far.
In the u-14 hockey match, it was payback time for St. Stanislaus in a repeat final against DB Matunga at the MSSA conducted tournament, this time around it was for the Fr O’Donelly trophy. Our boys lost 1-2 against St. Stanislaus to clinch the runners-up trophy.

In the u-12 MSSA tournament, once again, the u-12 A team was pitted against our nemesis St. Stanislaus in the finals played at Stanislaus grounds on 15th Feb 2019, and after a tied score at full time, our team lost in the tie breaker to secure the runners-up trophy. The u-12 B team clinched the third place defeating Dr Antonio Da Silva school 3-1 at the same tournament.
Meanwhile in football, our u-8 football team secured the third place in the MSSA inter school football tournament played at Azad Maidan on Sat 16 Feb 2019. We beat St. Stanislaus 4-0 in the playoff for the 3rd and 4th position.
Congratulations to our teams and their coaches for yet another string of victories!