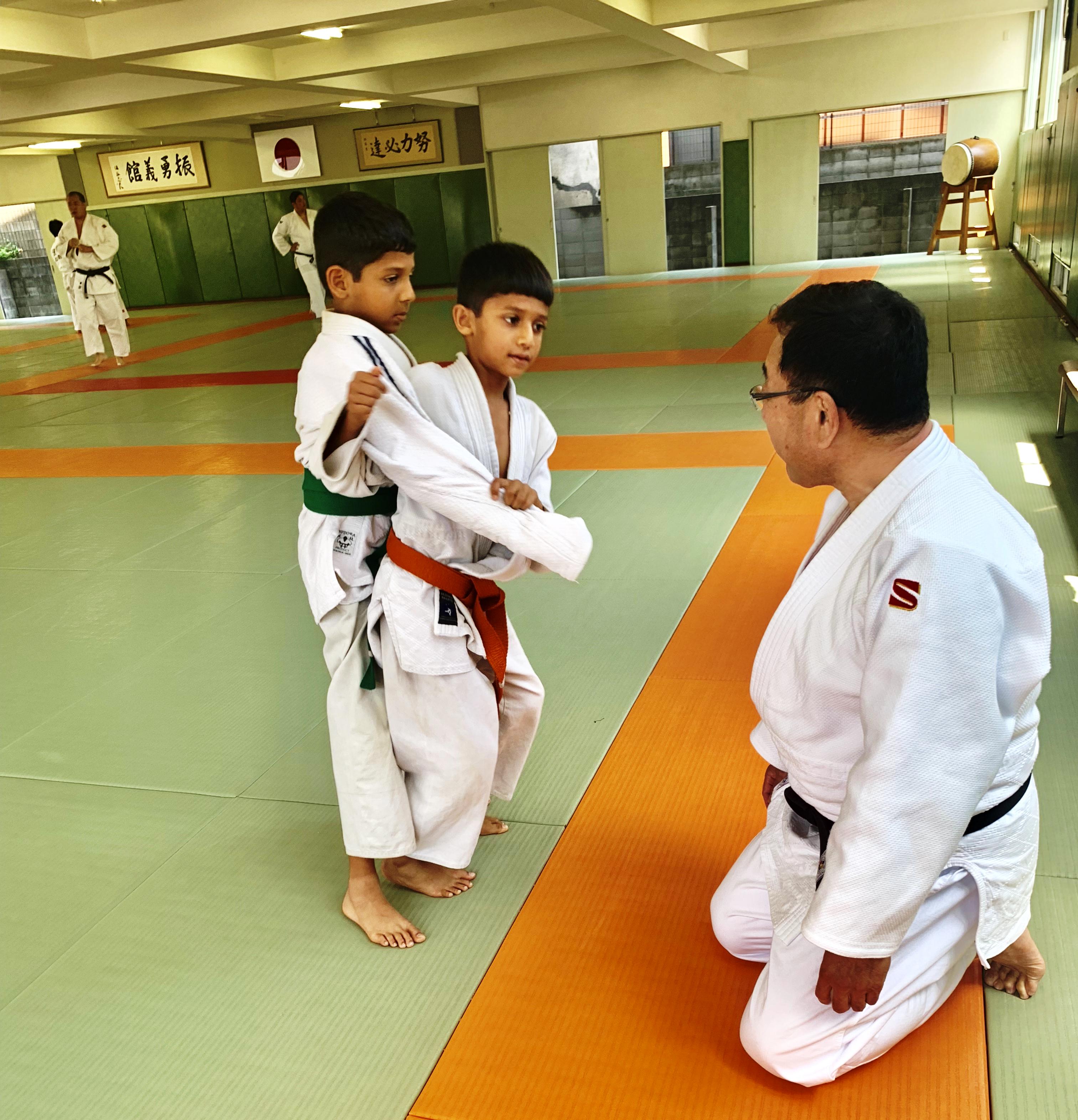 Master SahirKhan(6D) and Master Sayhan Khan (3D) attended an advanced training session in Japan from 3rd June to 5th July 2019. Judo is a martial art which was born in Japan and now it is officially recognized around the world as an Olympic sport. Sahir and Sayhan are ardent followers of Judo and attend the Poddar Judo Club and Judo classes at Don Bosco High School, Matunga under the guidance of Mr. Sanket.
Their advanced training in Judo began at Wakayama where they trained with the senior Judo Players ever day for a period of three weeks. With brief periods of recreation and leisure, under the able guidance of the Judo trainers, Sahir and Sayhan learnt how to demonstrate physical superiority over the opponent and made sure they mastered the technique well.
Their next destination Tokyo led them to the Kodokan Academy where the stalwarts of the sport put them under rigorous training with the students from Ukraine and London. “The practice we received at the Kodokan Academy had an aggressive approach” said Sahir Khan. The brothers were delighted during their stay in Japan and were awe struck with the cleanliness and the polite nature of the people in Japan.