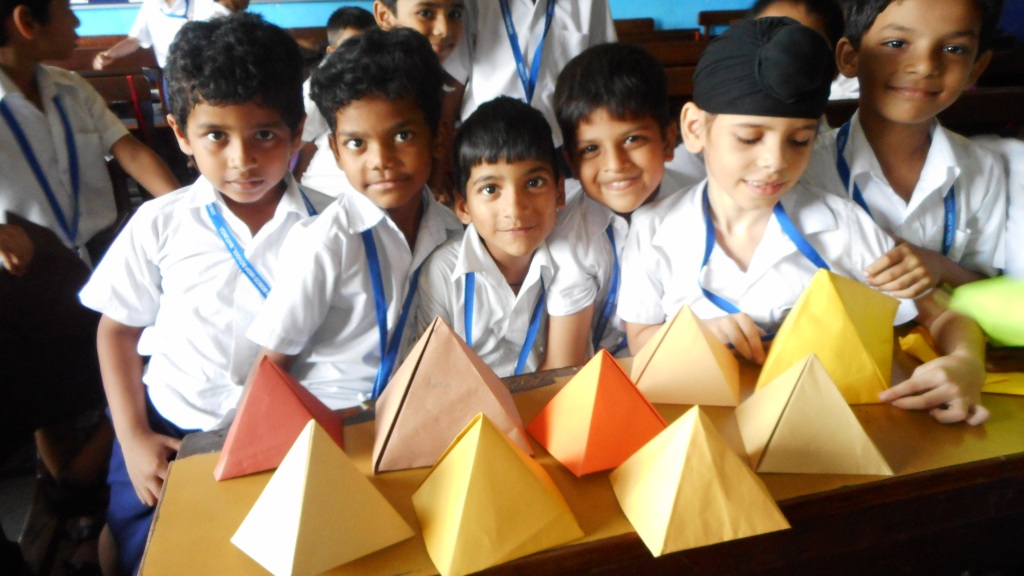 ‘Around the world in eighty days’ go the lyrics of a popular English song; and it is a known fact that once bitten by the travel bug, nothing else compares to the exhilaration that travelling brings.
Having been shown a glimpse of four different countries, namely -Australia, Egypt, England and Japan; and being innovatively informed about them on the 16th of September, 2019, by the Beyond Academics team through the topic, ‘Around the World’, the students of Std. II were eagerly looking forward to the follow-up session on 24th September. Hence, the teacher had painstakingly chosen engaging activities for the students to do during the follow-up session, to help them retain whatever they had learnt. The children were asked to prepare booklets on the famous landmarks of the countries they had been instructed about and they brought these beautifully made booklets to school a day prior to the follow-up session. The best ones were then displayed on the class boards for all to see.
On the 24th of September, the ‘day’ began with the teacher recapitulating everything the students had learnt. All the students participated enthusiastically in this exercise, giving answers in unison which proved that they had retained the information well. She then played a foot tapping song, ‘Hello to all the children of the world’, wherein, the children learnt how people say ‘Hello’ in different languages in different countries. They then wrote down these words on the passports that had been issued to them by the team.
Next, the children were made to do an interesting word search worksheet which helped them recall all the beautiful landmarks of England. Lastly, the teacher taught the children to make a pyramid using tinted paper. The children happily learnt making this and crafted with great care neat pyramids with their nimble fingers. These too were displayed on the window panes of the classroom for all to see.
To bring this joyful day to a close, the teacher once again played the song, `Hello to all the children of the world` and the children went home, happily humming the same.