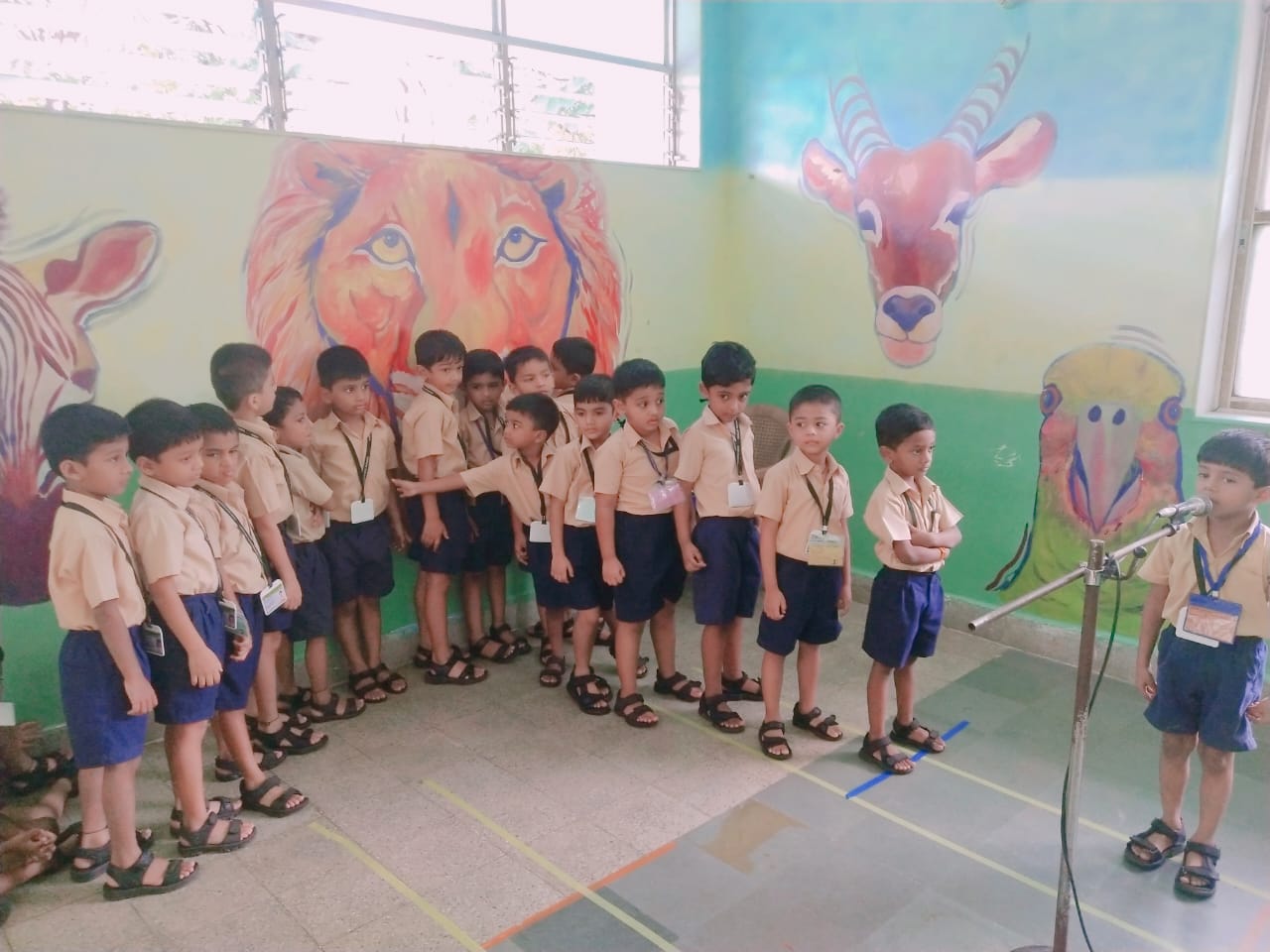 Music is a prayer that the heart sings. Singing aids brain, language development and learning. A singing competition on the school campus not only enables to tap the potential in a child but also provides a platform to showcase his talents. Singing is important because it builds self-confidence, promotes self-esteem, engages the emotions and supports social skill development. To promote singing talent in school, a singing competition was organized for the boys of Sr. Kg on 28th September, 2019.
The boys were eager to participate in the competition with a large number of entries for the elimination round. From these a few boys were shortlisted for the main draw. The programme began with the welcoming of judges Ms Kanta Shinde, Ms Janet D’Cruz and our singing maestro Sir Saby Franco. The budding singers displayed an amazing talent with their melodious voice and regaled the audience present.
The boys were judged for their melody, rhythm, voice, memory recall and choice of song. The winners were declared from among the finalists and the judges gave away the prizes and congratulated them. The singers were praised by the judges and applauded by their fellow classmates.
The programme ended with a vote of thanks to the judges for spending their valuable time with us to witness the competition. Their presence encouraged our boys to cultivate the hobby of singing, as singing is fun and helps us to relax. Indeed, singing songs is the real stress buster!