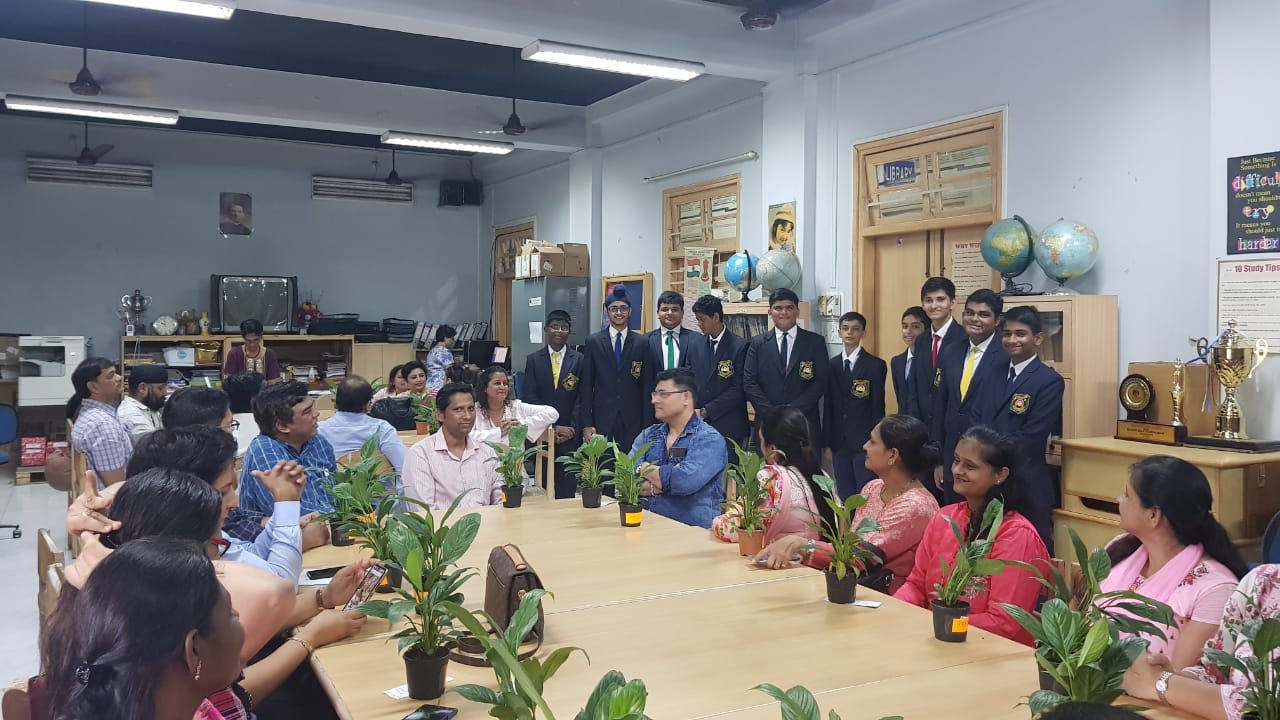 HONOUR THY FATHER AND MOTHER -Ephesians 6:2

Parents are the biggest blessings in our life. To honour this blessing called parents, Don Bosco High School celebrated Parents’ Day on 26th July, 2019. In the secondary section, parent representative of each class from grades 5 to 10 were given a special invitation for a short felicitation program at the morning assembly on 26th July. Arrangements were made for the parent representatives to be in their classes for the celebration.

At the assembly, the comperes for the programme Master Ashish Tayade and Master Andre Fernandes extended a warm welcome to the parents over the intercom. This was followed by special prayers for our parents by Master Dean Mascarenhas, Master Ethan Fernandes and the A.H.M Mrs. Christina Mascarenhas.

Music is the language that souls understand. The song sung by Master Ethan Dias and choir ‘You Raise Me Up’ touched the hearts of the parents gathered. Master Romir Shah’s melodious song, ‘Pyaari Maa’ tugged at the heartstrings of the parents and the assembly. A poem on ‘Dad’ by Master Eshaan Lamba expressed the feelings and emotions of a Father’s love and sacrifices for his children. The song ‘Itni Si Hasi, Itni Si Khushi’ by Mrs Perpetual Nazareth, the teacher of the school, added extra cheer to the atmosphere.

The student council members then escorted the parents to the Principal’s office where they cut the cake to the accompaniment of the song wishing them on their special day. A group picture alongside the Principal was then clicked. The parents were thereafter asked to move to the cyber library where they were presented a bookmark with a beautiful message on parents and a plant sapling symbolizing peace and responsibility to bring up children well.

And that’s how we ended with joy and zest the Parents’ day celebrations, the first of its kind at Don Bosco High School, Matunga. “Thanks to all for sharing such a wonderful event and thanks Don Bosco for making this event so special. This is a most unforgettable moment,” wrote a parent on behalf of the grateful parents attending the day’s program.