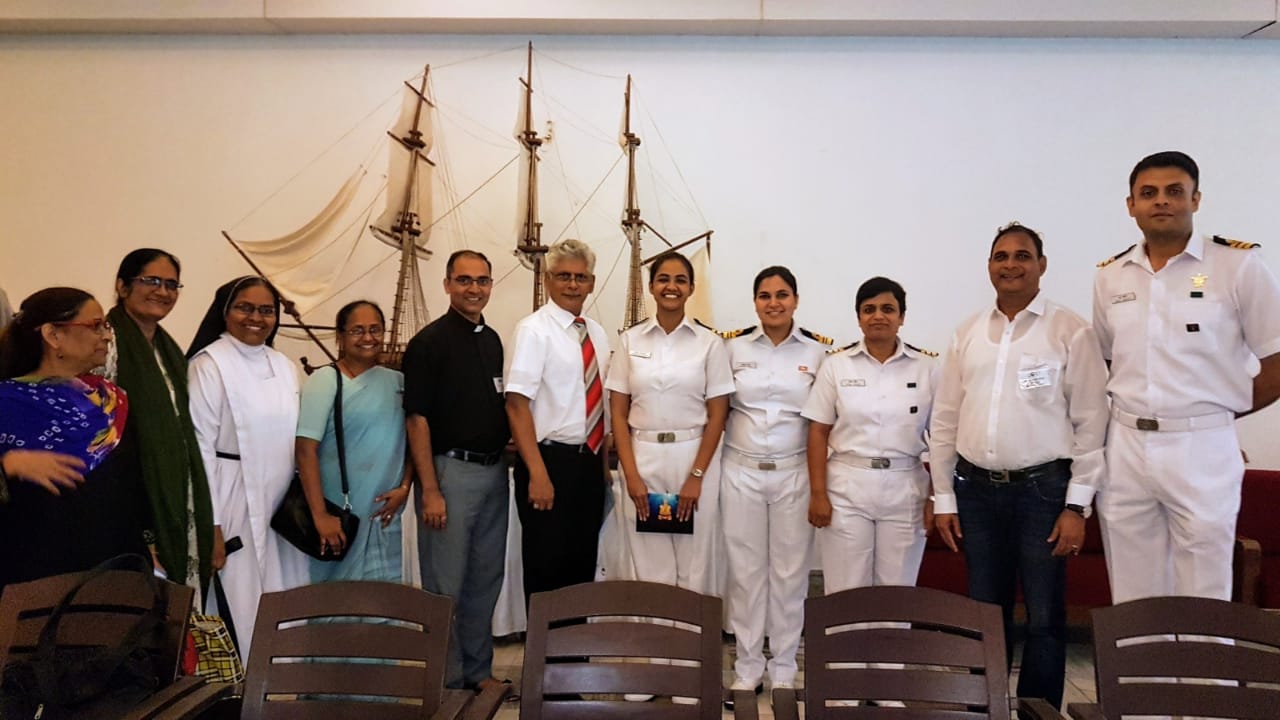 The BIRD (Brihanmumbai Interschool Republic Day) group organized a special event “Meet the Admiral” for the Principals of various schools on 27th July, 2019 at WNC Mess. The meeting was spearheaded by Mr. Peter D’souza. Braving inclement weather, over 25 School Principals (from across Mumbai)got to meet Vice-Admiral R.B. Pandit, COS WNC and his team to jointly work on a platform that will motivate students and parents to look at a career in our Armed Forces. The team included the entire Western Naval Command comprising The Command Education Officer, the Command Recruitment Officer, Asstistant Judge Law Advocate (Lady Officer) and Navy PRO.
The Principals were welcomed at 2:30pm at WNC (O) Mess conference room by the commanding officers. There was a short introduction by each of the Principals. This was followed by the screening of a short movie “Training in the Navy and Western Fleet Golden Jubilee”. A presentation was then done by “The Command Recruitment Officer” on Indian Navy as a career option. Further a short talk on Indian Navy as a career for girls was given by Lt. Ambika AJA/HQWNC.
The members thereafter welcomed the Vice-Admiral R.B. Pandit, COS WNC who in his speech highlighted the three important points related to Navy as a career i.e duty, courage and honour. Where duty and courage is easily achievable earning honour is a very difficult task.
The Principals were initially briefed about the Navy and its role. They were enlightened by the officers on the different facets of the navy as a way of life. For a navy career, quality and commitment to select the right candidates were also highlighted. The meeting then proceeded with a Question and Answer Session where the queries were answered by the officers. The questions related to reaching out to students and parents and motivating them to serve in the Navy. Further discussions continued during the tea break.
Sir Cliffrichard D’Souza represented Don Bosco High School, Matunga at the conference. The Command Education Officer present stated that this unique meeting, the first of its kind should be the first of many more fruitful ones yet to come.