Light up your life with values

Light up your life with values
-Mrs. Geetanjali Agiwale 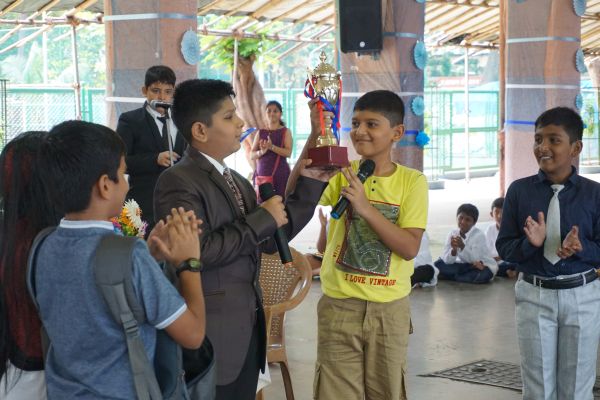 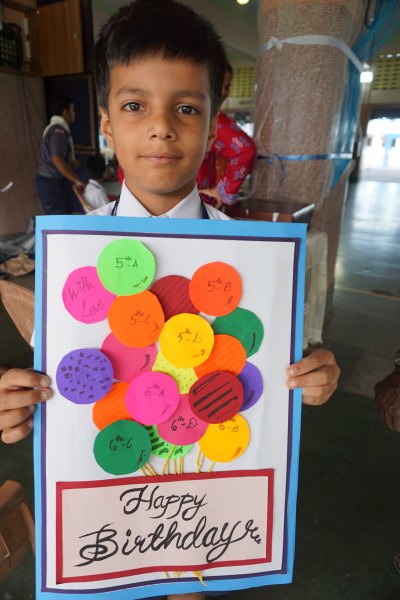 Class 6A put up their assembly on 20th August, 2019. The theme for the assembly was ‘Light up your life with the values.’ It highlighted the importance of values in one’s life and this was beautifully showcased in the form of a skit. It stressed the outcome of possessing good values in life.
This day was also the birthday of our Principal Fr. Bernard Fernandes. A special card, bouquet and memento were presented to Fr. Principal. The Administrator commending the class on the assembly also wished the Principal on his birthday.
Following the class assembly, a short birthday programme for Fr. Bernard was staged by the students of Stds. 5 and 6 which was compered by Ms Jancy and Ms Geetanjali. A song was sung by the students of Standard 5; these were trained by Ms Sarita. A name plate, sketch of Fr. Principal and a birthday card were presented to Fr. Bernard on his birthday. The students of class 6 put up a dance on “Ashaye khile dil Mai.” Fr. Bernard expressed his gratitude to the students along with the teachers and supervisors for presenting a well thought out program especially for him on his birthday.
Class 6A and the class teacher Mrs. Geetanjali Agiwale were appreciated by the principal Fr. Bernard Fernandes for the well executed assembly through skit, dance and song against an amazing backdrop.