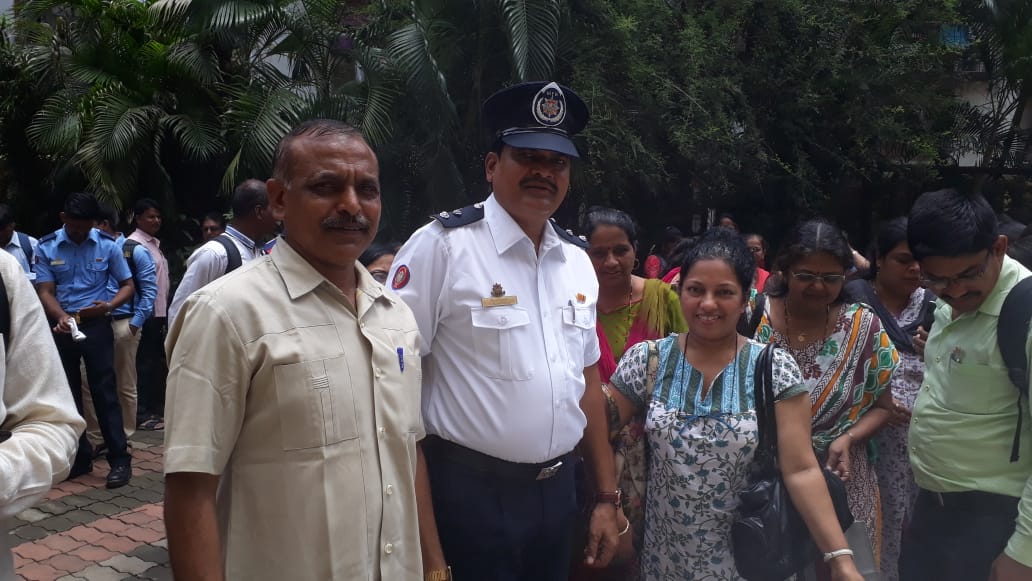 A training in Emergency Management and Fire Fighting was conducted for all the head teachers and teachers of FN ward schools on the 22nd July, 2019 at the N. M. Joshi School, Lower Parel, from 8am to 12pm.
Mr. Bharatkumar Phunge, an expert disaster Management Provider, impressed upon the gathering the need to be competent in handling emergencies, particularly during the time of a fire that breaks out unexpectedly. He proficiently took the teachers through all the steps involved not only in procedures to prevent fire from breaking out but more importantly, in how to ensure the safety of all concerned during the unfortunate event.
Mr. Sangli, a fire officer, picked up from where Mr. Bharatkumar had left and strongly stressed on the uncompromising and disciplined need of conducting monthly mock drills in order to help remember the steps in evacuating the area during a fire outbreak. Before dispersing, he took the teachers out in the open and gave them a firsthand experience in using a fire extinguisher.
At our school (Don Bosco High School, Matunga) here we have taken the steps to pre-empt such disasters, and already deployed the services of Mr. Easkki Pandi, a parent who is also a Safety and Security Manager, to train the entire staff in fire fighting.