Elocution is the art of effective public speaking 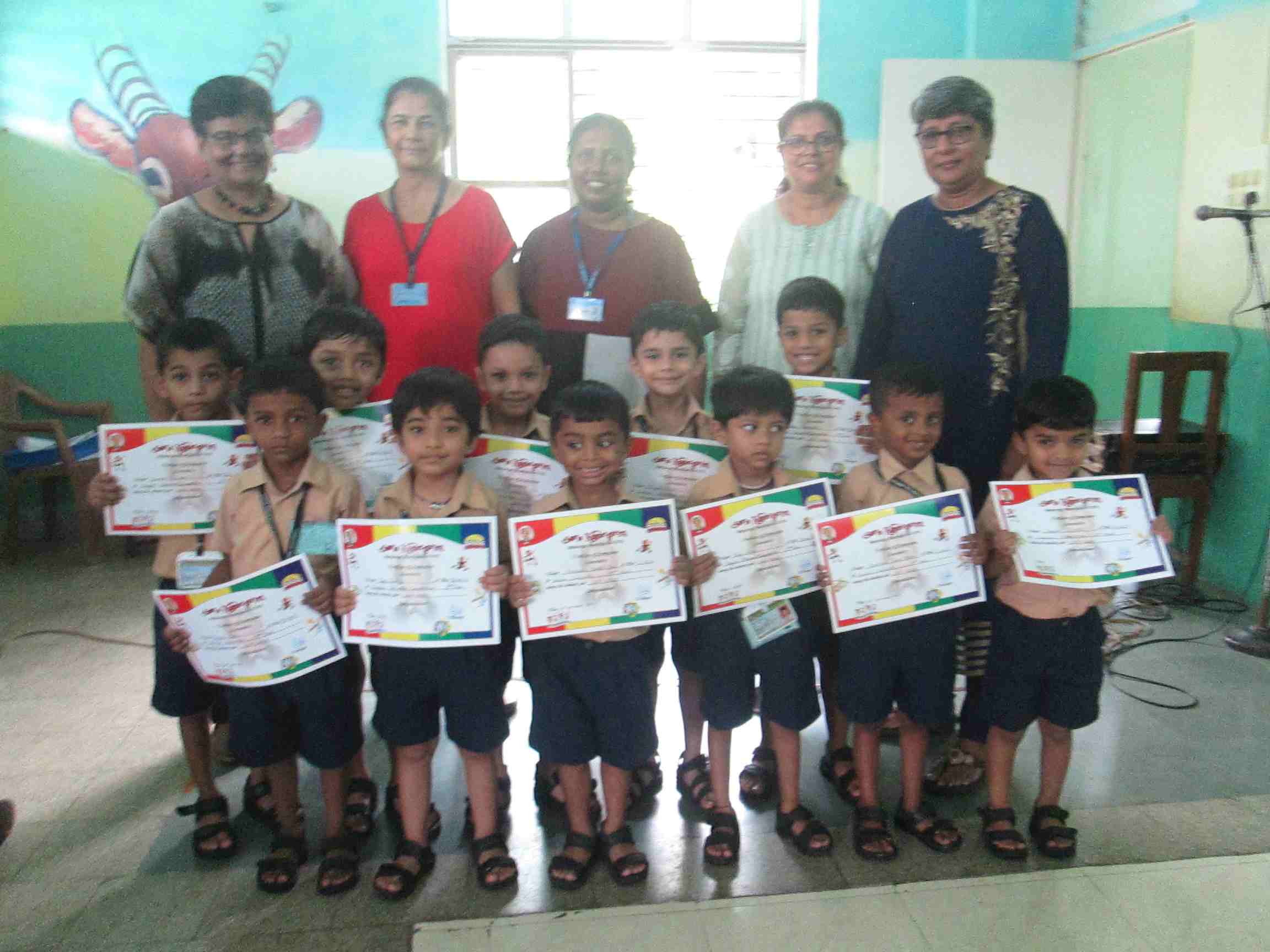 Elocution is a style of speaking clearly with confidence and expression. To polish their public speaking skills, the boys of Jr.Kg had their first English Elocution Competition in school on 21st September, 2019. The children came well-prepared and participated in the event and later were short listed in the elimination round conducted by their class teacher.
The programme commenced with the welcome of the honourable judges Mrs Philomena, Mrs Vivian, teachers hailing from other schools and our very own Supervisor Mrs Shoba D’Souza. The boys spoke with confidence and poise. The boys were trained to ensure that the sound of the consonants in the words was heard and the vowel sounds expressed distinctly. They spoke at space, pausing when needed and allowed important words to stand out. Their manner of expression, pronunciation and articulation were praiseworthy. All theses made it tough for the judges to shortlist the winners of the competition. The judges meticulously judged the boys in the areas of memory recall, clarity, voice modulation and choice of poem. The top three winners of the competition were awarded prizes.
At the closure of the competition, the judges expressed their joy on being invited and for witnessing the Elocution competition at Savio Kindergarten in the presence of the children and the staff.