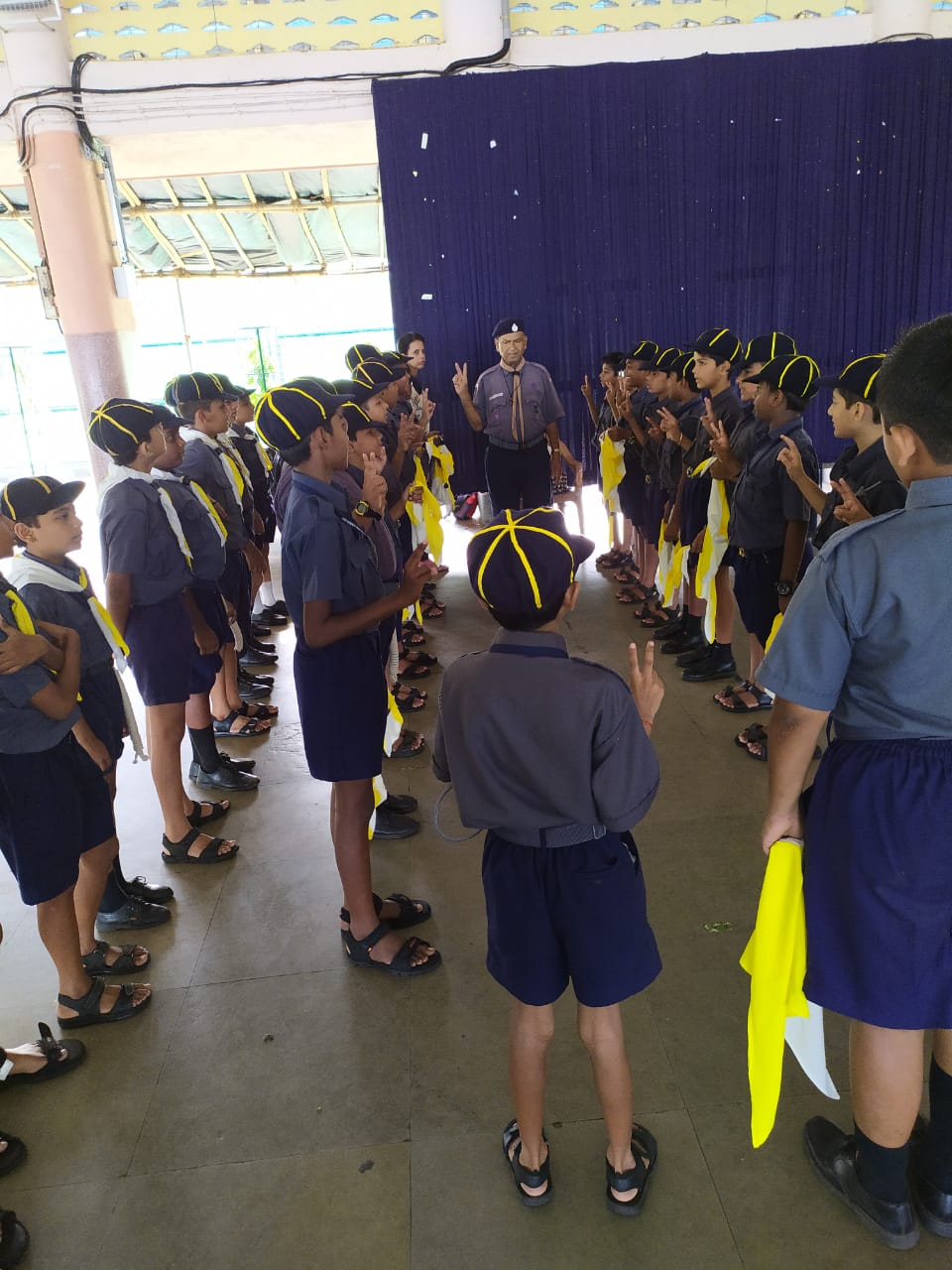 A one day Cubs training camp was conducted at Don Bosco School on 26, September 2019. Shri Kardag, Scout Captain led the training of the young Cubs of Don Bosco school. It began with the welcoming of new cubs by presenting them with a uniform scarf. All campers were taught original prayer of cubs, tying of various knots with ropes viz. reef knot, sheet bend, clove hitch and sheep shank. The enthusiastic cubs were explained different codes of whistle for communication.
Refreshments were served during the break. Thereafter, there were group activities. The Scout Captain formed eight groups among the participants to ensure a lively participation. Different physical activities were performed by these groups. In the post lunch break session, the cubs were taught the grand howl of cubs. The day’s activities were engaging that the children lost track of the time and the proceedings. Soon it was time to end the day’s program. One of the cubs proposed the vote of thanks to Shri Kardag and the organizers on behalf of the school. Shri. Kardag was presented a bouquet of flowers and memento in recognition of his services, availability and enthusiasm to conduct the camp. The camp was made possible because of the efforts of Ms. Aarti and Ms. Geetanjali, the two cubs’ teachers-in-charge. Thanks also to the school management for making this memorable camp possible!