Football- We are district champions! 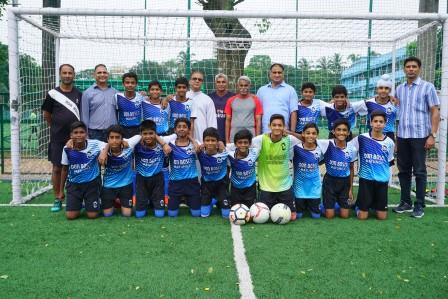 The school u-14 football team has made it to the state championship of the DSO organized Subroto cup tournament. In the finals played on 7th Aug 2019 at Fr. Agnel’s grounds, Vashi, our boys claimed the district championship defeating the Mumbai suburban champions (St. Stanislaus, Bandra) in the finals 2-1 via the tie breaker. The match was goalless at the final whistle.

Our way to the finals at the zonal level:

Second Match Played against Navi Mumbai on the same day. Score was tied 1-1 at full time. We won 4-1 in the tie-breaker.